Counting Down the 5 Worst Title Reigns of 2012

Even with some hiccups CM Punk is having the best title reign of his life. He could sit out the rest of the year (which he may in fact do) and will still have had one of the best runs with the WWE Championship in a while. WWE title runs in general have mostly been moderately successful, if not stellar. Sure, it turns out that Daniel Bryan’s reign with the World Heavyweight Championship didn’t establish him as a main event player. Yet, it still helped his push and I’m sure he doesn’t mind cashing those fat royalty checks for Team Hell No merchandise. Speaking of Team Hell No, before their reign Kofi Kingston and R-Truth had a decent run and the two teams that preceded them as champions didn’t have train wreck reigns.

Instead the few problems WWE had with their titles this year were in the midcard and one very pointless WWE Divas Champion. Let the countdown begin!

Just look at Swagger in that photograph. It is like he’s thinking, “I can’t believe my reign as ECW Champion is going this well! There is no way the WWE will ever give me another title run like this!” Sadly for Jack he was right. On the surface this seemed like it could be a near perfect midcard title reign. I mean the All-American American holding the United States Championship. That’s as on the nose as a gay Republican group choosing a pink elephant as a mascot (thanks Simpsons). So where did it all go wrong? First, Swagger had already held the World Heavyweight Championship meaning that he was the latest in a long line of wrestlers who WWE didn’t have enough faith in to keep pushing as a top talent. Second, he took the title from Zack Ryder, which was one of many things that helped kill that man’s push. Third, despite being a serious worker who is capable of quality matches he dropped this belt to…Santino Marella. Finally, where did it get him? Not on TV that’s for sure! Swagger left TV in September and only recently returned to the house show circuit.

Kept under the glass ceiling much, Kofi? How pointless was Kofi’s title win? Well, pointless enough to take place on WWE Main Event because apparently even someone in WWE creative said, “Do we really need to waste time on Raw or Smackdown with this? I mean its Kofi and he’s not even taking on Dolph Ziggler.” Since Razor Ramon had his record breaking fourth title win many moons ago when it was called the WWF Intercontinental Championship the fourth time holding this title has always been nearly pointless. These reigns exist for one of two reasons. Either 1) The champion has already been in the main event and the company needs something to do with him while he isn’t headlining shows or 2) The office has no plans to push him any higher and never will. Guess which one applies to Kofi?

3. The Miz’s reign with the WWE Intercontinental Championship 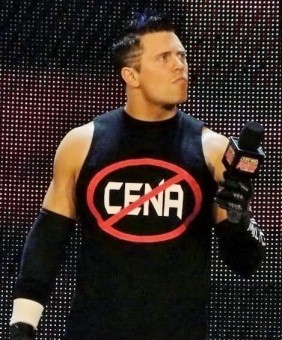 The Miz’s reign with the WWE Intercontinental Championship wasn’t so bad for his career. It kept it in the air after it had long been doing a tailspin following his WWE Championship loss. So why am I putting him below Swagger and Kofi? Because instead of messing up his own career his title win solidified the derailment of the Intercontinental Championship division and the title’s prestige took a hit. Let’s look at the title this year up until his reign. The year started off great with Cody Rhodes having a killer reign before losing it to The Big Show at Wrestlemania XXVIII. Yet, Show’s reign wasn’t too bad. It gave him his Wrestlemania moment and he dropped it right back to Cody. Cody then lost it to Christian less than a month later. Of course being a textbook smark Christian can do no wrong in my eyes, but even looking at it objectively the belt was still about as valuable as when Cody had it. Heck, they could have had Cody crush Christian to win it back. You know Christian would have been willing to do that and Cody could have used that extra momentum to further push him to the main event. Instead Miz won it and before you know it, it was back around Kofi’s waist not doing anybody any good, including Kofi. 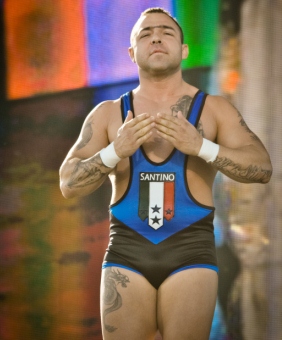 Can we stop giving this guy title runs? WWE had top drawing comedy wrestlers for years that could get over, bring in fans and not waste a title that could be used to get other wrestlers over. Instead of being used to push talent Santino’s reign helped send Swagger on his aforementioned 2012 downward spiral. From there Santino had a 167 day reign that ranged from forgettable to embarrassing. The low light of this run was his tuxedo match at the 2012 edition of WWE No Way Out where he wrestled Ricardo Rodriguez in a tuxedo match. There the belt wasn’t up for grabs, but instead just served as a prop. Santino’s shoulder warmer if you will. The only good part about Santino’s reign came at the end when he lost it to Antonio Cesaro who has went on to have a decent tenure as champion despite never being given over eight minutes for a pay-per-view match.

Beth Phoenix had a reign that was going along swimmingly until she did an incredible job of selling a kayfabe injury to her knee in a match with Nikki Bella who she then lost the title to. In fact, Phoenix’s worked injury was the best part about Nikki’s reign as it at least showed Beth’s acting ability. Speaking of acting ability Nikki and Brie better hope they develop some. Six days after Nikki’s win, Layla returned and pinned Brie to win the title when they tried to pull the old switcheroo. Right after this Nikki and Brie left the WWE never to be seen again. Actually, maybe that was the best part of the title reign.