6 Wrestlers TNA Should Sign/Re-sign…Just for Giggles

I’ve heard TNA called the “spiritual successor of WCW” and for a while I almost believed it. However, if you’ve been watching TNA television lately then you’ll know that TNA is far too financially responsible to be the spiritual successor of Ted Turner’s money pit. Where are all the needless mini-concerts by incredibly pricey music groups, D-list celebrities and contracts for stars of yesteryear?

Okay, you TNA haters. It is true enough that the company has been guilty of all of these sins to some extent. Still, the asylum (or former asylum anyway) is nowhere near as badly run in TNA as it was in WCW. However, here are a few wrestlers TNA could sign to start fixing that. Why, you may ask? Just for giggles.

Vader made a brief return to the WWE earlier this year and promptly squashed Heath Slater. He then followed this up by coming to blows with a nearly 70 year old Harley Race. Even with Vince Russo gone the company has shown a desire to continue booking worked-shoots. Well, using the WCW philosophy there is no better way to trick an audience into believing something might be real than hiring someone who may actually have a screw or two lose. How else can you explain Scott Steiner’s  2000-2001 push? Sure, the mastodon may not be as fearsome as he once was and there is no way he can cut a promo like Scott Steiner (who can?), but to live up to WCW’s name TNA needs to starting taking chances. Incredible chances, illogical chances, idiotic chances! With TNA’s riskiest recent signing being Christian York a guy who probably should have been signed to a major company ten years ago and probably gets paid with Monopoly money, TNA needs to throw some big bucks at Vader to balance things out.

With TNA showing some love for underwhelming reveals recently the company has taken some strides to resemble the old WCW. But was Devon really as bad of a reveal as Road Warrior Animal? Perhaps. Still, sometimes “perhaps” just isn’t good enough. A way to top this would be by running some short vignettes saying that “3:16 is coming to TNA” only to reveal that instead of Austin, TNA has brought back Shark Boy with his tribute to “Stone Cold” Steve Austin gimmick. Actually, going beyond just for giggles bringing back Shark Boy may not be that bad of an idea. He could work with a lot of the X division guys and TNA could probably get away with not paying him that much. Of course as long as York is willing to share his Monopoly money with Shark Boy then why not? 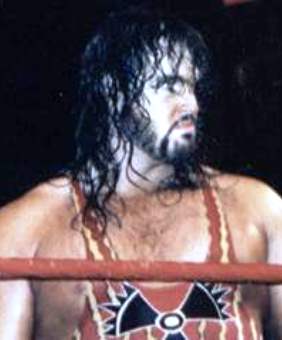 Now, I know what you’re saying. “Isn’t that guy dead.” No, that’s Brian Adams. Yes, it is easy to get the former Demolition Crush mixed up with people whether it be his former tag team partners or a Canadian singer-songwriter. What you also may be saying is, “Hasn’t Bryan Clarke been retired for like 10 years? God knows what kind of shape he is in?” To that I answer that if Brock Lesnar can return to the WWE in 2012 then surely Adam Bomb can return to TNA in 2013. If nothing else he could be signed to a short term contract and fed to a bigger hoss the way that he was fed to Bill Goldberg in the original WCW. I think Samoa Joe is hungry. 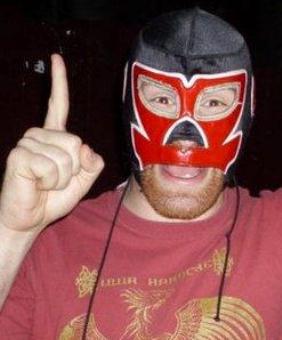 Like Shark Boy this guy could fit in great by wrestling the X division roster. Plus, one of the legacies that WCW left behind was the company’s tendency to sign world class talent and do absolutely nothing with them. They had the technical wizard himself, freaking Yuji Nagata for over a year and the most he did was briefly feud with Ultimo Dragon and then was quietly swept under the ring. Just think of all the potential they could pee away with El Generico. Generico is one of the most well traveled independent wrestles out there and has wrestled in countries as random as Peru, Chile and Sweden. TNA signing him to an exclusive contract could kill that traveling act just like Nagata’s commitment to WCW prevented who knows how many potential great matches for NJPW. Somewhere John Laurinaitis’ mouth is watering.

El Generico and Kevin Steen go together like peanut butter and ketchup to a weirdo without taste buds. For some reason you can’t have one without the other. If TNA signed El Generico then it stands to reason that they would have to sign Steen…then promptly make no mention of their past history together. Steen is the kind of guy who could come in and if positioned right could look like a legitimate challenge to someone the company has already built up. Say Bully Ray for example. Of course if they were to follow the WCW model they couldn’t book him that well. After all his name is Kevin Steen, not Bil Goldberg or Lance Storm. So if TNA signed Steen then perhaps the best he could hope for would be a one sided feud with Bully before quickly dropping down the card. Alternatively, they could throw him in with Aces & 8s since the company loves to throw away talent that way. 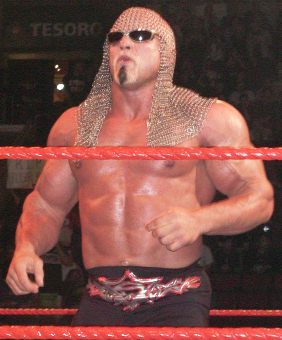 As mentioned earlier no one can cut a promo quite like Scott Steiner so why not bring him back? He’s already suing TNA anyway so what could be a more amicable way to end this bad blood then with a nice fat paycheck. On the negative side Scott Steiner has been hit or miss in the ring for a while now and he’s not getting any younger. On the positive side the man has that Ultimate Warrior kind of appeal that can only come from some legitimate insanity. Kind of like why Damien Demento developed a cult following after he started making Internet videos a few years back. Wait! That’s it! Give Steiner his own Internet recap show! License to print money.