Home › Wrestling Lists › A History of Women’s Wrestling at SummerSlam

A History of Women’s Wrestling at SummerSlam

Believe it or not tonight’s SummerSlam will be only the second in the event’s over twenty year history to feature two matches where women are participants. Prior to tonight, SummerSlam 2000 was the event, which saw the most action from female wrestlers. While the low light of that show may have been The Kat facing Terri Runnels in a stink face match, it also featured Eddie Guerrero and Chyna teaming against Val Venis and Trish Stratus. While this latter match happened before Trish really came into her own as a wrestler, it also happened before Chyna went off the rails. In addition to these two encounters, the night also featured Lita interfering in the first ever tlc match, arguably the greatest SummerSlam match ever. Will any moment tonight be as awesome as Lita nearly costing Edge and Christian a historic win? Only time will tell.

Below is a list of every women’s match to take place in the history of SummerSlam from 1988 to 2012. This list is done purely in chronological order rather than in order of quality. Yet, matches are analyzed to point out how good they were, how bad they were or if they even happened.

Women’s wrestling at SummerSlam got off to a rocky start as this non-match from 1990 proved. Sapphire was a no-show and forfeited her encounter with Sherri Martel. Martel was actually a capable in-ring performer even if she never got the chance to show it in the WWF, outside of interfering in matches of course. Sapphire shows up later in the show to turn heel. At the time she was the valet of Dusty Rhodes, but it was revealed she was paid off by “The Million Dollar Man” Ted DiBiase. This upset Dusty Rhodes to the point where he ended up losing to “Macho Man” Randy Savage in just over two minutes. With Savage’s ability to plan out matches and have great ones with just about anyone and Rhodes’ ability to work a crowd, this storyline then not only robbed fans of seeing Martel wrestle, but also of a possible classic. It is almost a good thing the WWF didn’t try another women’s match at SummerSlam for four years after this one. Although a match from The Jumping Bomb Angels around this time could have been sweet!

Like cruiserweight wrestling, the WWF used women’s wrestling in the mid 1990s when it was hurting the most, to desperately try to attract customers. Not just women’s wrestling mind you, but actual good women’s wrestling. Alundra Blayze was the savior of women’s wrestling for the WWF and had the whole division built around her. At just a hair over eight minutes this match packs so many incredible moves into such a short time it is ridiculous. Some submission moves by Bull Nakano look just as painful as they are impressive. However, Blayze picks up the victory to retain the WWF’s Women Championship with a German suplex and a bridge after a failed top rope attack from Nakano.

Vince McMahon and friends were getting bored of watching Alundra Blayze have short, but incredible matches around this point. The match last about half as long as Blayze’s performance from the previous year. Also, because of Bertha Faye’s massive size advantage Blayze has to use a limited move set so fans couldn’t expect any beautiful bridging German suplexes in this one. After two missed dropkicks, Faye destroys Blayze with a powerbomb. Actually, Blayze sort of kicks out of it, but the match still ends. Sadly, this was Blayze’s last performance at SummerSlam. Although this encounter was a huge step down from the previous year one has to wonder why the WWF never brought Blayze back. Oh yeah.

Edge makes his SummerSlam debut in a match he has absolutely no sensible reason to be in. Instead, he is just used as Sable’s male pawn in her feud with Marc Mero and Jacqueline. Sable was never a great in-ring performer, but Jacqueline makes her work a little bit with her cowardly heel schtick. To close out the match, Edge hits his downward spiral finisher (remember that?) and plants Sable on top of Marc Mero to add insult to injury.

One of the most forgettable women of the Attitude Era, Tori takes on Ivory for Ivory’s WWF Women’S Championship and the crowd is absolutely dead for this match. The only time the audience shows any life at all for this bout is when Ivory delivers a big swing, but this move ends too abruptly to get fans that excited. Tori later hits what Jim Ross calls, “An Edge-like spear,” but can more accurately be called, “A butt ugly spear.” Tori also gets Ivory in a powerbomb position, but instead just flips her over her head for a pretty decent move. Still, it is not enough to wake up anyone who bothers watching this affair. Ivory ends it mercifully by just sitting on Tori after a sunset flip attempt by the challenger. It is a shame that this was Ivory’s only SummerSlam match as she was capable of so much more than this, even at that point in her career. 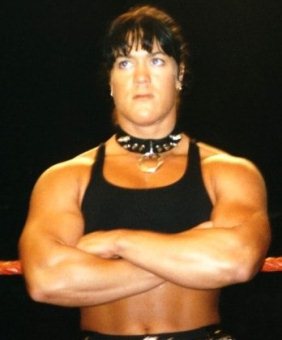 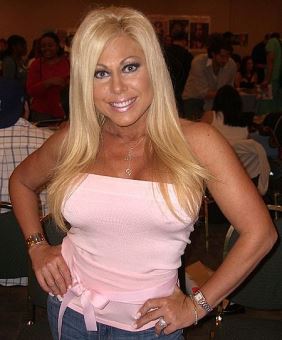 This match featured Al Snow escorting The Kat and Perry Saturn escorting Terri Runnels. As mentioned earlier this was a stink face match that required one woman to rub her bottom in the other woman’s face for victory. It is clearly meant to be a bathroom break for the audience and just barely goes over three minutes. The Kat gives Terri Runnels head (get it?) or rather she hits Terri with Al Snow’s mannequin head, oddly enough named Head. This allows The Kat to give Terri Runnels a stink face and for the rest of the show to resume. This match was so atrocious that another woman’s match was not featured on SummerSlam for seven years afterward. Well, maybe that wasn’t the sole reason, but it is easy enough to draw that conclusion.

Despite this match featuring Beth Phoenix, Michelle McCool, Torrie Wilson, Melina, Mickie James, Jillian Hall, Kelly Kelly, Kristal Marshall, Victoria, Layla, Maria and Brooke it is still kind of surprising the company donated seven minutes to it. The stipulation of this match is the winner gets a shot at the WWE Women’s Championship, which at the time was held by Candice Michelle, who sits ringside for the match. Beth Phoenix is the only one who comes out of this match looking good though Melina does take a sick clothesline by Phoenix to get eliminated. This match took place before Michelle McCool’s super push so when her and Torrie Wilson are the last three along with Beth, both get chucked out quickly, leaving The Glamazon to be declared the winner.

This match technically had the most at stake of any women’s match in SummerSlam history to date. Not only was the WWE Women’s Championship on the line, but so was the WWE Intercontinental Championship. As can be expected with any Santino Marella match, a lot of the it is devoted to his comedy. Marella falsely plays macho throughout the affair before getting his ass handed to him by Mickie James. As havoc breaks loose, Mickie James hits a Lou Thesz press off the top rope on Beth Phoenix, but then Santino interferes. Mickie James manages to hit a DDT on Santino, but soon Glamarella rebound. Kofi Kingston ends up flying out of the ring after missing a cross body and Phoenix embeds James into the ring mat for a win. The match had it’s moments, but Phoenix and James really shouldn’t have had to do a comedy match here.

This match was actually not that bad despite being not that good either. The story going into it was that Melina had an injured leg. So what does Alicia Fox do? Work Melina’s shoulders of course!  Other than that and some striking the two do not spend a lot of time pulling out decent moves. Melina executes her mind trip finisher and wins to end what will probably be Alicia Fox’s only reign with the WWE Divas Championship. This match also helped set up the WWE Women’s Championship being unified with the WWE Divas Championship as a little over a month later Michelle McCool would defeat Melina and unite the titles. Yet, I think this bout will best be remembered for leading to a classic moment on WWE Tough Enough.

To combat Natalya, who escorted Beth Phoenix to the ring, Eve Torres accompanied Kelly Kelly. This match is above average for a Kelly Kelly bout and features Kelly hitting a cross body from the second rope to the outside. Phoenix as always busts out some power moves and at one point even gorilla press slams Kelly across the ropes for a stun gun effect. Phoenix nearly win with a glam slam, but gets rolled up by Kelly as the champion retains her WWE Divas Championship. The match is not particularly great, but above what one might expect from looking at it on paper.