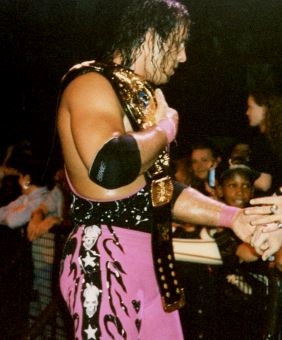 WWE SummerSlam has long been home to some of the greatest gimmick matches the promotion puts on each year. Of all the great SummerSlam gimmick matches the WWE has had over the years, right up there at the top, just below or just above the ladder matches (depending on who you ask) has to be the cage matches. To paraphrase Santino Marella though SummerSlam cage matches have driven wrestling enthusiasts to the point of ejaculation, cage match fans have had blue balls come SummerSlam since 2008. In that time the Summer spectacular has had a three on one handicap match, a seven on seven tag match and coming soon even a lumberjack match, but no more cage matches. So WWE supporters can only look back at the past for the time being in if they have a hankering for a SummerSlam cage match. Fortunately, there is plenty worth looking at. In recalling some of the greatest gimmick matches in WWE history, and many would likely argue the history of pro wrestling in general, we can’t help, but pick favorites. As such though there is plenty to debate it is worth a try to rank SummerSlam’s cage matches!.

8. The Brothers of Destruction vs. Diamond Dallas Page and Chris Kanyon (2001)

Unfortunately, in ranking all the SummerSlam cage matches before we get to the great ones we have to go through the not so great ones. On paper Kane and The Undertaker as The Brothers of Destruction taking on two of WCW’s hardest workers in Diamond Dallas Page and Chris Kanyon sounds pretty good. Then you realize the only time when it could have realistically happened and you say to yourself, “Oh yeah.” Yes, this took place smack dab in the middle of the WWF inVasion aka Vince McMahon’s rebranding WCW as the place where the big bitches play. Undertaker and Kane refuse to sell anything before Kanyon runs away and DDP gets planted with a last ride by Undertaker. The WWF World Tag Team Championship and WCW World Tag Team Championship were united in this match, but this is treated like an after thought in the wake of WWE making WCW’s stars look like total jobbers. At least DDP got some chance to shine, just a little, later on in WWE. This was about as good as Kanyon ever got and he deserved better. Well, I guess guys have been treated worse than Kanyon at SummerSlam. After all it’s sort of implied that The Mountie got raped after he ended up in his own cage at WWF SummerSlam 1991.

Take a look at some clips from the Summer spectacular’s worst ever cage match on WWE’s YouTube channel! Click here!

Before the days when pay-per-views/special events happened every month top championship matches in front of televised crowds were much scarcer. This was The Ultimate Warrior’s first WWF Championship defense since he won the strap from Hulk Hogan at WWF WrestleMania VI and one of only two defenses he had with that title on pay-per-view at all. Warrior and his challenger, Rick Rude always had good chemistry chiefly due to Rude bending over backwards to make Warrior look good. At this point Rude had been working off and on for well over a year so he had every reason to be sick of it. Perhaps that’s why this match lasted only a hair over 10 minutes despite being the final match on the show. The psychology of this match doesn’t even make sense as Rude had always been a smart heel. Yet, after Rude hits his neckbreaker finisher he delays escaping the cage leading to Warrior retaining. How’s that for a rude awakening? Unsurprisingly, Rude was gone from the WWF about a month later and in WCW by 1991. 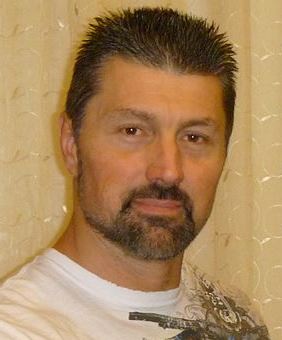 This was one of two lion’s den matches to take place at SummerSlam. In re-watching these matches for this list I was dreading the lion’s den matches. After all it is a concept the WWF has not revisited since then so how good could they have been? The answer? Surprisingly entertaining. This match only grabs the number six spot because the competition is so stiff. This is a spiced up version of the concept from the previous year and is a lion’s den weapons match. Steve Blackman uses the weapons to his full advantage by opening the bout with nunchucks until Ken Shamrock grabs Blackman’s leg and clamps on a submission. Yet, it looks like Blackman has the encounter won after destroying Shamrock with a kendo stick. Shamrock ultimately gets the last laugh…or scream rather when he does his version of Hulking up, snaps and knocks Blackman out with the kendo stick before climbing out of the lion’s den.

This one can throw you off if you’re an MMA fan because given the concept and it’s advertising it was obviously WWE’s attempt at doing a worked version of an MMA fight. Yet, this is nothing like any MMA fight you have ever seen or that likely has existed. Ken Shamrock executes a belly-to-back suplex. Owen Hart delivers his signature enzuguri. Also, you don’t see too many Irish whips in MMA fights, but both men pull them out here. The storyline going into this match was that Hart wanted to beat Shamrock at his own game. He had recruited Dan Severn to train him and a teach him an MMA style chokehold. Actually, the same hold is seen plenty in wrestling. It’s a dragon sleeper. Regardless of the match type it is still Ken Shamrock and Owen Hart wrestling and it is tough to make that a bad match. Shamrock locks Hart in an ankle lock in the final minutes of the performance. Severn motions to throw in the towel for Hart, but instead just walks away leaving Owen to tap.

This was only the second Elimination Chamber match ever and also took place during the time when HHH was beating everyone for no reason. Well, one of those times. In any event it’s tough not to at least appreciate any Elimination Chamber because of the complexity that they take to book. For instance, this one made sure to get the marquee value off of Kevin Nash’s name while at the same time having him be the first eliminated so he hardly saw any in-ring time. Chris Jericho and Shawn Michaels also start the match during a year when they were working together fantastically. As if those two could work together any other way, right? Despite the planning involved this is woefully a SummerSlam match worth forgetting. After Jericho pins Nash with a roll up, Goldberg is booked to look like a beast. He eliminates Randy Orton with a spear then takes care of Chris Jericho and Shawn Michaels with a jackhammer for each. It looks like WWE is going to use Goldberg to his full potential, but they of course never did. HHH pins Goldberg after a sledgehammer shot. 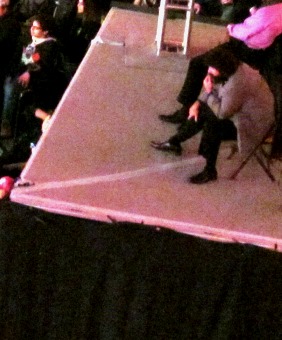 This was the opening match of WWF SummerSlam 1997 and one of the strongest first matches for a pay-per-view of all time for the WWF. The two fight for over 15 minutes in a highly physical match. Chyna also gets into the action and slams the cage door into Mick Foley’s head in a scene that reminds viewers of why Foley is retired. Mankind wins this match with an elbow drop off the top of the cage as an homage to Jimmy Snuka. After the match Dude Love’s music plays for a moment that allows Foley to showcase another one of his three major characters (Aside from the genuine Foley of course). It was one of the first times WWF fans in 1997 got a taste of Foley’s goofy side, which would just get sillier over time.

This is the last SummerSlam cage match to date. While it is a shame that there has not been a SummerSlam cage match in six years it makes sense why. No one wants to try to top a match as good as Edge facing The Undertaker in what was one of the greatest feud enders in the WWE modern era. The match may end with Edge being sent to Hell, but the former member of The Brood hits some spears good enough to make any SummerSlam highlight video in this all out brawl. Actually this is more than just a brawl and more than just a cage match. The TLC match veteran inserts tables, ladders and chairs into this affair and takes Undertaker to his limit in this nearly half hour showcase. 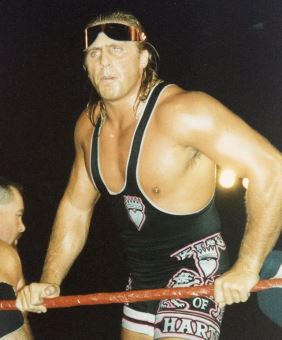 If you don’t plan on watching WWE SummerSlam 2014 take a look back at this match. While this bout can be nitpicked it is as a whole timeless. This match passes the 30 minute mark and on the first viewing of it a fan would never think the bout lasts that long. The long runtime makes repeat viewings a little more difficult, but that only becomes apparent on the fourth or fifth watch. Owen Hart and Bret Hart proved even to the biggest Hart haters out there that they belong in the main event spot. Oddly enough they did not get it that night. Instead The Undertaker wrestled Brian Lee in disguise as The Underfaker, but the less said about that the better. It is easy to argue that this was the best match either Bret or Owene ever had and each Hart looks like he believably could win it all and walk away with the WWF Championship. Just look at the pain each man sells when the two trade sharpshooters. It is a shame Owen never got the strap, but he gave a showing here that was impossible to follow even if Undertaker facing his clone didn’t stink. No wonder the brothers couldn’t be bothered to play softball before the show.

Check out clips from the greatest cage match from the Summer spectaculr on WWE’s YouTube channel! Click here!