Although created in the 1970s, the WWF Intercontinental Championship really came into its own in the 1980s with feuds such as Santana/Valentine, Savage/Steamboat and Rude/Warrior setting a high standard of excellence. Yet, the feuds for this title arguably only grew more impressive in the 1990s. Some of the best technical wrestlers of all time held the title including Mr. Perfect, Bret Hart and Shawn Michaels. Outside of these mat maestros, charismatic showmen like The Ultimate Warrior, The Rock and “Stone Cold” Steve Austin all feuded for the right to hold the WWF Intercontinental Championship.

For the good to look as good as they were it then stands to reason that they must also have disappointing counterparts. To determine who should rank as the lowest of the low the following criteria has been set:

*Only reigns that occurred in the 1990s are looked at. If a wrestler held the title either before or after the 1990s it is not counted.

*The quality of a wrestler as champion is not equal to how talented that wrestler was overall. For instance, The Godfather may not be a great wrestler, but he can still be a respectable champion.

*The time a wrestler is champion is of minor importance compared to how good the storyline involving the title was.

*How much sense it made for a wrestler to hold the title is taken into consideration.

*How holding the title affected the wrestler’s career is taken into account as is the overall end result.

With that said, I give you the 6 Worst WWF Intercontinental Champions of the 1990s!

To gather why Dean Douglas was the worst WWF Intercontinental of the 1990s (and arguably of all time) one needs to only apply the criteria to him. He never held the title outside of the 1990s and even in that decade he held the title for just a little over 10 minutes. Shane Douglas was at least somewhat talented. However, Dean Douglas was dreadful. The storyline surrounding Douglas being awarded the title was fairly weak and was done out of necessity after Shawn Michaels got stomped by a ship full of marines. Douglas despite being talented was not really over at the time and maybe I missed it, but I’ve yet to come across the sentence, “The WWF sucked in 1995, but I tuned in for Dean Douglas.” Yet, the worst part of Douglas’ reign was that it had a negative impact on his career. Acting as a transitional champion to transfer the title from Kliq member Shawn Michaels to Kliq member Razor Ramon made Douglas look like a complete joke. No wonder he returned to ECW in short order.

Chyna made a lot more sense to have as champion than Dean Douglas. The WWF was in the middle of a tremendous boom period and she was one of the most over female wrestling personalities of all time up to that point. Yet, Chyna’s entire run was based on the novelty of her being a female wrestler competing against men. If the WWF wanted to make the Intercontinental Championship a true inter-gender title that would have been one thing (even though it would have bombed as well), but Chyna stood against an entirely male division.  This really cut the legs out of her rival Chris Jericho who despite coming in with a decent push came off worse and worse as his rivalry with Chyna progressed. Luckily he rebounded in a feud with Kurt Angle and Chris Benoit. Regardless of these strikes it all might have still worked if Chyna was halfway decent in the ring and had a bearable voice. She had neither. Also as far as how this reign helped her career, it really didn’t. Chyna eventually went into the women’s division anyway before leaving the company. The end result? Well, here she is promoting her latest endeavor: 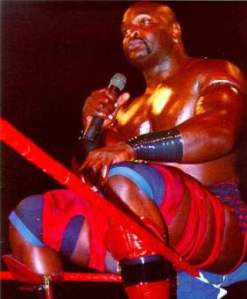 Looking at this list in its entirety it may seem odd that Ahmed Johnson, a prospective face of the WWF at one point, is ranked, but not Val Venis, The Godfather or Marty Jannetty. By making comparisons to these three wrestlers one can see what Ahmed was missing. Val Venis and The Godfather were at the height of their popularity during their reigns and could work crowds with the best of them. Both had decent promo skills. If you have ever heard Johnson talk then you can attest that a broken refrigerator is probably more intelligible than him. Comparing Ahmed to Jannetty one has to look at the feuds they were in. Admittedly, Jannetty lucked out as he was feuding with former partner Shawn Michaels. Johnson’s feud with Ron Simmons aka Faarooq was okay, but only when both guys were healthy. The two had a habit for nearly crippling one another and Ahmed was eventually labeled as injury prone and faded into obscurity.

I expect this to be the most controversial entry on the list. Edge held the title for one day in July of 1999. The Mountie likewise only held the title for two days yet his reign was a lot more significant. Giving the title to the Mountie was a necessary plot point that paved the way for Bret Hart’s Wrestlemania match with Roddy Piper. Edge by contrast was a transitional champion who transferred the title from Jeff Jarrett to…wait for it…Jeff Jarrett.  The storyline surrounding the win was forgettable and mushed in with all of the other craziness that was 1999. Edge might have fallen off this list if his reign was at least promoted, but it was of little significance as he only really started to pop in the tag team division with partner Christian. In fact, as “Edge: A Decade of Decadence” shows even Edge didn’t bother to watch his title win for nearly a decade.

Like The Godfather, Road Dogg was an incredibly over face during the Attitude Era, who was amazing on the mic and mediocre at best in the ring. Yet, the reason that Road Dogg is on this list and The Godfather is not is because of the circumstances surrounding their respective wins. It may be tough to believe now, but at times The Godfather got bigger pops from live crowds than “Stone Cold” Steve Austin at his peak. Let that soak in. It didn’t happen all the time, but even after a few reactions of that magnitude, it makes sense a wrestler should be thrown a bone. By contrast, Road Dogg received great ovations, but not quite Austin levels of great. Plus, the former Roadie was just haphazardly thrown into the hunt for the Intercontinental Championship. He held the belt for just two week before dropping it to Goldust for his third and most lackluster reign. 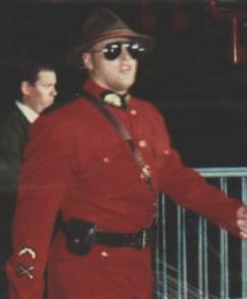 I was a little hesitant to put The Mountie on this list, but come on! How good can any two day title reign be? Despite it being on the list this reign should act as a standard for all short-term transitional reigns to measure up to. Bret Hart and Roddy Piper were capable of having a great match and of telling a great story leading up to that match. However, because both were faces they had no reason to have that worthwhile showdown. By inserting The Mountie into this madness you had a compelling story in which Hart was robbed of his Intercontinental Championship by the far less capable Mountie. Although Piper saw fit to punish The Mountie by winning the title from him, it still left Bret without his belt and gave a reason for Hart to go after Piper. It also helped that Jacques Rougeau is one of those rare performers who can be given crap to work with and deliver gold.