Anyway, even without Bret Hart matches a lot of bouts get attention such as Kurt Angle taking on Rey Mysterio at SummerSlam 2002. Despite being less than 10 minutes fans have called it the best opener since Wrestlemania X when Owen Hart took on…darn it! I almost got through an entire example without mentioning Bret Hart!

The point I’m trying to make is while SummerSlam has produced some classics a lot of the best stuff gets overlooked. So here, in chronological order are 6 Incredibly Overlooked SummerSlam Matches!

1. Rick Martel and The Fabulous Rougeaus vs. Tito Santana and The Rockers (1989)

Six man tag matches must be a devil to work because it is so difficult for everyone to get their spots in. Even if the match goes 20 minutes someone can get cheated in favor of others taking up more ring time. Yet, this match manages to make every wrestler shine and all six men work their asses off. Heck, the closest wrestler who comes to a deadweight is Shawn Michaels (if you can believe that), but in the last fourth of the match when he finally gets the hot tag it looks like he’s fighting to be the MVP of the night! Speaking of nights, Tony Schiavone and Jesse Ventura lend some fun commentary to the match as this was before Tony thought every night was, “the greatest night in the history of our sport,” so he did not completely suck. Also, Ventura seemingly predicts the night’s future as he says the phrase, “Marty Jannetty getting hammered in the corner.” More than anything though this match makes me think of just how underrated The Fabulous Rougeaus were as a tag team. Underrated by fans that is. Vince McMahon on the other hand saw fit to employ Raymond Rougeau for over 15 years. 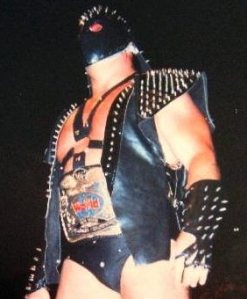 It is a shame that Crush to this day still gets a lot of hate for replacing Ax in Demolition. Admittedly, Brian Adams did some annoying things like often screw up hitting the Demolition Decapitation, portray the lame Kona Crush character and shrink, replace the “i” in his name with a “y” and sing on the soundtrack to the movie, Robin Hood: Prince of Thieves (that was really annoying). Still, if Ax had to be replaced they could have done worse than working with Brian Adams and he proves it in this two out of three falls match. Since only two wrestlers could defend the titles against the Hart Foundation, Smash and Crush were chosen. Later on Ax appears to do a switcheroo, which is a little absurd as even a member of WWE Creative could tell Ax and Smash apart. The match is exciting up until the end and even features a cameo by The Legion of Doom. 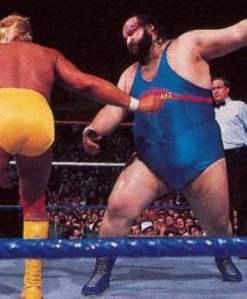 The reason why this one isn’t fondly remembered is a no brainer. Sure, Hulk Hogan won, but he won by countout. This was in the days when a pay-per-view didn’t happen every other week and it was expected that any battle between two big names on a pay-per-view card would be the blow off. Fans who don’t like the match for that reason have some point to their argument. The way the match is set up it looks like the second part in a three act story. First, Earthquake beats down Hogan. Second, Hogan gets revenge, but Earthquake slips away. The third part should be Hogan vanquishing Earthquake once and for all, but that third part never really happened. Sure, Hogan eliminated him last to win the Royal Rumble in 1991, but that’s not the same as a singles win on a major card. On the plus side to their not being a real third part though perhaps it is better. After all, isn’t Empire Strikes Back the best of the original Star Wars saga? As for the match itself it is a wild brawl with The Big Boss Man and Dino Bravo interfering. Also, in a way it is good that Earthquake did not get pinned here as he looks like a beast after The Big Boss Man hits him with multiple chair shots and the natural disaster barely budges. By contrast, fans did get a thorough ending to Hogan facing a similar opponent years earlier when he defeated King Kong Bundy in a steel cage at Wrestlemania II. A year later Bundy was jobbing to little people. Years after SummerSlam 1990 Earthquake was still being booked fairly strong. 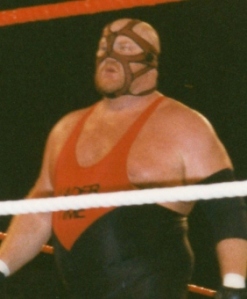 This match was the main event in one of SummerSlam’s roughest years. Although 1996 may have been superior to 1995, the then WWF still had a pretty lean roster, which resulted in such non-classics as Owen Hart/Savio Vega, Sycho Sid/The British Bulldog and Goldust/Marc Mero appearing on the card. The silver lining in this was that the matches the WWF actually cared about were then given an abundance of time to unfold and were supported by a heavy amount of hype. Following, the Boiler Room Brawl, Shawn Michaels and Vader had a lot to live up to as despite what anyone thinks of the Mankind/Undertaker match it, it was like nothing anyone had seen before. Shawn Michaels of course delivered. Like the earlier mentioned Earthquake match some people may not like the ending of this match. Although Michaels scored a clean pin, Vader had previously one twice by countout and disqualification, respectively. I actually thought it was a pretty unique and interesting way to book the match and allowed Vader to not look completely like a chump. Vader would go on to do that in 1998.

5. The Acolytes vs. The Holly Cousins vs. Edge and Christian vs. Droz and Prince Albert vs. Mideon and Viscera vs. The New Brood (1999)

This match is a testament to just how strong the WWF tag team division was in 1999. Despite some great teams being in the match, this tag team turmoil marathon was not even for the tag team titles! Edge and Christian and The Hardys (still working as the New Brood) open things up with some nice spots and fast pace wrestling. In particular Edge pulling a spear off after running down the guardrail is impressive. Not all the teams are great as Mideon and Viscera and Droz and Prince Albert don’t do much. Yet, the Holly Cousins bring some comedy to the bout and The Acolytes demonstrate some impressive brawling as always. This match would be tremendously overshadowed by the still fresh table, ladders and chairs match the next year, which admittedly is a superior bout. 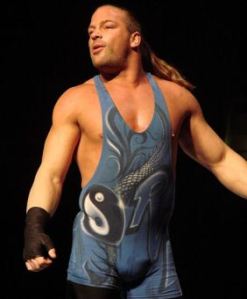 It is no secret that when the WWF decided to push the Hardys as single stars they were not met immediately with the same success they had as a team. Although this match does not have the number of insane spots you would expect from a ladder match between Rob Van Dam and Jeff Hardy it has its moments such as the two kicking each other off the ladder and Hardy’s sunset flip into a powerbomb off the ladder. Unfortunately, there is a goofy spot where Hardy is left hanging onto the WWF Hardcore Championship after the ladder is knocked down and RVD cannot convincingly knock him off. This spot goes by fairly quickly and hey did you nice I said, “WWF Hardcore Championship?” Yes, this match actually gave some credibility to a belt that had previously been traded between a way over the hill Pat Patterson, a way over the hill Gerald Brisco and one of the Godfather’s Hos. The match is worth watching especially if you want to see an early attempt by Hardy to work a great singles gimmick match. Hardy would go on to have even better gimmick matches against the likes of The Undertaker, his old TLC rival Edge and CM Punk.

‹ Another Day, Another DGUSA Match
6 SummerSlam Matches Worth Forgetting ›