Now that the former Nexus punching bag has his own jobberific stable featuring Drew McIntyre and Jinder Mahal the three could actually go somewhere promising in the WWE. Yet, the name of the group shows one strike that 3MB already has against it. The most successful rock bands have often had four members. Just look at some of these acts: The Beatles, Kiss, Nirvana…okay maybe not so much that last one. Still, even the Nirvana trio had guitarist Pat Smear come in towards the end. Likewise, a lot of the most successful wrestling groups have had four members: The Four Horsemen, Evolution, the NWO…okay again maybe not that last one. Anyway, who could be the Pat Smear of Slater’s band? We shall see as we countdown 7 Candidates Capable of Making Heath Slater’s Stable a 4 Man Band.

*He is from South Africa and can keep the extremely eclectic international vibe of the stable going.

*He is one of the better high flyers in the WWE today.

*He won’t overshadow any of the current members of 3MB since the amount of television time that he was given for a while was non-existent.

*His previous ties to Heath Slater makes him too obvious a choice for a group seemingly chosen by WWE writers after throwing darts at a target filled with names.

*Adding him would force the WWE creative team to split up his tag team with Tyson Kidd. 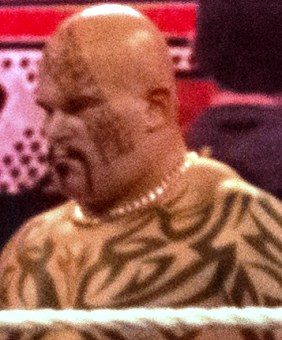 *He is a heel that could add some muscle to the group.

*His gigantic and glistening bald head would add to the variety of hair styles in the group.

*He is from Japan.

*He wins too much to fit in with the other members of Slater’s stable.

*Adding Tensai to a stable could be blamed as ruining the Lord Tensai gimmick.

*He isn’t really from Japan. 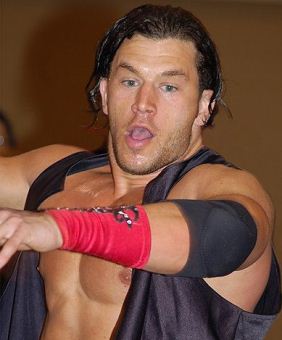 *A lot of fans forget he is still with the company so it would look like WWE was bringing in new talent to push.

*He trained under Killer Kowalski so he should be able to put on a good in-ring performance.

*Never gets any promo time so Slater’s spot as the voice of the group is secure.

*He is the same nationality as Slater.

*It is unpredictable how he would add to the in-ring dynamic of 3MB. This is because no one who has ever watched a Johnny Curtis match is believed to exist.

*Is only on the roster because he won some crappy reality show.

*He is formerly half of The Dude Busters tag team. As such he should be able to form a good tag team with whichever member of 3MB is left over after two of the existing members gain some experience as a duo (unless he is paired with Jinder of course).

*He was briefly on the WWE version of ECW. That should count for something.

*He has some experience in a previous trio after The Dude Busters had an affiliation with Curt Hawkins.

*He is yet another stinking American.

*The Dude Busters wasn’t a good enough tag team to keep his partner Caylen Croft from being part of a lovely future endeavors announcement.

*His past experience in a trio is irrelevant since 3MB would become 4MB by adding him (unless they tossed Jinder of course).

*He plays a heel much better than he plays a face.

*He could easily switch from being a face back to a heel since he is not in any important storylines.

*He has previous experience as a henchmen. Yet, are McIntyre and Mahal just henchmen for Slater? For the sake of this…yes.

*He is not nearly random enough. Alas, another American.

*He works best as a non-wrestler (see his 2010-2011 run with The Miz). That would make him unlike all of the current members of 3MB (I’ll avoid the Jinder Mahal joke this time).

*He is Alex Riley.

*Is the son of Curt Hennig/Mr.Perfect, which can never be a negative thing.

*Actually was beginning to improve as a tag team wrestler towards the very end of his team with David Otunga. This could be an attribute for any potential pairing he would have with a member of 3MB (yes, that includes Jinder).

*On the surface he is an American. However, his heritage as a third generation wrestler was swept under the rug easily enough by WWE. His nationality should be able to fit under there as well.

*He is already in his mid-thirties, but hasn’t been wrestling that long.

*He has been clearly balding since his debut in WWE. The prospective 4MB would add yet another nifty hairstyle. Still, it is not nearly as fashionable as Tensai’s dome.

*On first glance he looks like another one of those, “out of all the talented wrestlers from [insert country] I can’t believe WWE hired him” guys. On closer inspection he still fits this description, but this can be a positive since he could make Slater look that much better by comparison.

*Unlike Tensai he is a wrestler from Japan…who was actually born in Japan!

*He has experience wrestling in NJPW and trained under the technical wizard himself, Yuji Nagata even if Yoshi was just a jobber in NJPW. Hold on a second. Jobber? He’s perfect!