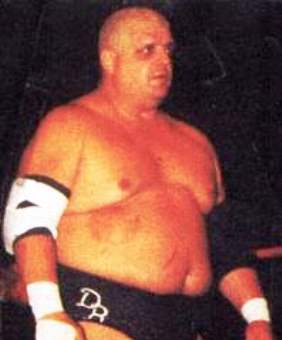 Since last week’s list analyzing five forgotten matches from the first two NWA Starrcade events got such a good response I figured I’d do a follow-up. So I set about six hours aside this past week and watched NWA Starrcade ’85: The Gathering and NWA Starrcade ’86: Night of the Skywalkers. For the most part the undercard in general was much stronger in these cards than the first two Starrcade shows, with the 1985 event being particularly strong. Really, for a show that sounds like it was named when Jim Crockett, Jr. grabbed a thesaurus and picked the first synonym he saw for the word “event,” The Gathering is a classic without a stinker on the card. Okay, maybe that Billy Graham segment was a little tough to get through, but at that point in Graham’s career fans had to know what to expect.

Strangely enough while Night of the Skywalkers has one of the most badass names of any wrestling super card ever, the marquee matches were a bit of a disappointment. If you check out the Starrcade: The Essential Collection that WWE released a while back you’ll notice that the only match from this event that was included was the Skywalkers match aka a scaffold match between The Road Warriors and The Midnight Express buried on the third disk. It is hidden in that set for good reason too because scaffold matches are almost always a let down and this match is no exception. By contrast some of the less talked about bouts from Starrcade ’86 blew it out of the water.

Anyway, enough jibba jabba, let’s get to the matches worth checking out!

One aspect of Starrcade ’85 that hardcore wrestling fans and gore hounds alike may be pleasantly surprised by is that there is a whole blood and guts portion of the show. After a while you start being more surprised when someone isn’t busted open in a match than when someone is. Of course, a legend of these matches is Abdullah The Butcher. Likewise, Manny Fernandez was one tough hombre as well. So it stands to reason when the two are fighting in a Mexican death match that any fan of old school hardcore wrestling would want to check it out. This match may shock those fans a little not because of how violent it is, but because of how silly it is. You see a Mexican death match in this case is just an on a pole match where to win a wrestler has to retrieve a sombrero of all things. You also have Paul Jones in The Butcher’s corner who always brings a little comedy. Add to this Fernandez coming back from a Butcher beat down by giving him a low blow and whaling on him with a boot and you have a death match the whole family can enjoy. Well, the Manson Family anyway. Fernandez dodges a corner attack from the big bull that is The Butcher to grab the sombrero for the win. 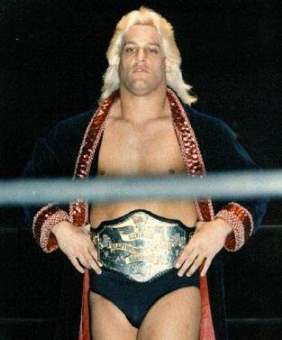 I was torn between whether to include this match on the list or a tag match featuring Arn Anderson and Ole Anderson taking on Wahoo McDaniel and Billy Jack Haynes. You should really just watch Starrcade ’85 in it’s entirety (fast forwarding through the Billy Graham match of course), but if you only have time for this match or the tag match I’d go with this one. While the tag team encounter may be the superior match, how often do you get to watch a good encounter featuring Terry Taylor and Buddy Landel? Sure, both guys could go in the ring and have shown capable skills in plenty of matches, but I’ll be darned if I’ve ever heard of anyone going out of their way to watch a Terry Taylor or a Buddy Landel bout before. That’s a shame too because like Johnny Ace while a crappy gimmick and bad backstage reputation may have spoiled him in the eyes of a lot of fans Terry Taylor was a great athlete and a beyond decent mat technician who was defending the NWA National Heavyweight Championship this night. Yes, before The Red Rooster and his aforementioned backstage career put a damper on him, Taylor was a champion who could do a little bit of it all. “Nature Boy” Buddy Landel on the other hand had a fun gimmick where he was pretty much a ripoff of Ric Flair…or you know the original Buddy Rogers. Only instead of those wrestling ripoffs hanging around the less credible indies, Landel had JJ Dillon in his corner and could actually…you know work. As for the in-ring action Taylor is unable to put Landel away with a suplex (incredible, I know) so he aims to put him away with a devastating superplex. Before Taylor gets the chance to, Landel knocks him into the referee. This creates enough of a distraction that when Taylor gets Landel perched on top Dillon grabs Taylor’s leg, which causes Taylor to fall and Landel to land on top of him for a pin and a title win. 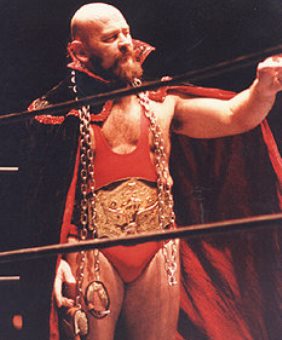 Man, the 1980s when all you had to do to be a heel was represent the USSR! While the Russians do a heck of a lot more than just be there, this was when The Rock ‘n’ Roll Express were arguably at their peak in terms of popularity and athleticism. Any heel, who laid a hand on Ricky Morton was going to get booed like crazy. Couple this with Ivan Koloff and Nikita Koloff being decked out in Soviet colors and it creates a heat inducing dynamic rarely seen in wrestling anymore. Oh yeah, did I mention this mach was also for the NWA World Tag Team Championship and in a steel cage? This bout took place right after the classic Tully Blanchard/Magnum T.A. I quit match in a cage and I guess the NWA just decided to leave the cage up. I for one am glad they did because it allows for Morton and Robert Gibson to showcase some brawling in addition to their high speed and technical skills. In fact, keeping with the blood and guts theme of the night they bust Ivan open on the cage! While Ivan gets double teamed for a bit, it goes without saying that so does a member of The Rock ‘n’ Roll Express. Oddly enough Gibson takes more of a beating than Morton and like Ivan gets busted open. The referee gets knocked down towards the end allowing Morton to roll Ivan up and win the NWA World Tag Team Championship as all heck is breaking loose. On a side note Killer Khruschev is in the Koloff’s corner and Don Kernodle is also in Morton and Gibson’s corner for some reason. I guess it is because he still hates the Russians from the previous year’s feud. At any rate the Russians do not take the loss lying down and beat the snot out of the face team afterward.

This match may be seen as a step down for Dusty Rhodes because he was in the main events of the previous two Starrcades, but it never hurts to go into the Starrcade super card with the NWA Television Championship. Add to this his opponent was Tully Blanchard and the gimmick was a first blood match and this encounter could turn out any number of ways. The bout is only about nine minutes long, but does a good job of teaching the classic villain’s moral that it is only cheating if you get caught. You see, Dusty accidentally suplexes Blanchard right into the referee. Although Dusty then pummels Blanchard MMA style (sort of, not really) until Tully’s blood flows freely the referee doesn’t see it. As such this allows JJ Dillon to pull out something all adult male wrestling fans should be familiar with, Vaseline. Dillon puts the Vaseline on Blanchard’s forehead to stop the bleeding and also slips some rolled up coins into Blanchard’s hand. Blanchard immediately decks Dusty, busting him open and the coins fly all over the ring. This is of course just as the referee is waking up leading Tully to win the NWA Television Championship.

It is fitting that this list ends with another steel cage match for the NWA World Tag Team Championship involving The Rock ‘n’ Roll Express. This bout is superior to the earlier mentioned match Morton and Gibson had with the Koloffs. Why? Because in addition to the selling of The Rock ‘N’ Roll Express you have their opponents who are not only masters of offense, but pick their opponents apart in such a way that you almost start to feel their pain yourself. Gibson is the first one to feel this punishment when he misses a knee into the corner. From there between between Arn Anderson slamming Gibson’s leg into the cage and Ole Anderson stomping on it you’d think the darn thing would just pop off. As bad as Gibson’s ordeal looks, Morton does arguably the best selling in the team’s history, heck maybe tag team history in general. In case you were unsure if Morton would be selling like crazy in this match, Arn sets all doubts to rest when he hits a sick spinebuster. From there, Arn and to a lesser extent Ole work over Morton’s arms as only the Andersons can. Morton only really comes back in the closing minutes of the match when he gives Ole enough shots to the noggin to make him punch drunk and gets him in a small package. This brings in Arn who makes the save, but Gibson also enters to back up Morton. After subduing Arn, Gibson dropkicks his own partner in the back as Ole is about to slam him. This leads to Morton achieving a successful pin to retain the NWA World Tag Team Championship.